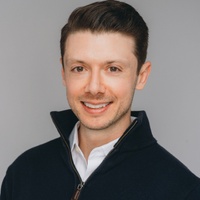 Rob joined Gariano Wealth Management in 2014 after previously holding positions at Morgan Stanley and Lord Abbett, where he earned the Series 7 and Series 66 registrations, as well as his Life, Health, and Accident insurance license. Rob also obtained the distinguished CERTIFIED FINANCIAL PLANNER™ designation in 2017. By taking on responsibilities at these industry leading financial institutions, Rob has developed the skills and qualities necessary to assist clients in attaining their financial goals and objectives.

Previously, Rob graduated from Fairfield University, where he met his beautiful wife Carrie and played baseball for all four years, being named captain his senior season. Upon graduation, Rob was drafted by the San Diego Padres and played minor league baseball before beginning his career in the financial industry.

The focus of Rob's practice is on helping older millennials and business owners navigate and plan for the many financial decisions that arise throughout their lives.

Rob spends most of his time outside of GWM with his three beautiful children, Emmy, Max, and Ben. In his spare time, he loves watching sports, as well as the never ending pursuit of being good at golf.